In Demon Slayer, the swordsmen use various Breathing Techniques to aid them in their fight against the Demons that made by Muzan. But Inosuke Hashibira uses a very special breathing technique named beast breathing, which is more unique than others.

A lot of sources say that Inosuke’s Breath of Beast derives from Breath of Wind. In the 27th Chapter/ 14th Episode, Inosuke explained how he get the sword and join the Demon Slayer Corps.

When Inosuke is 15 years old, a swordsman bumps into Inosuke in the latter’s mountain. The two competed to see who was stronger, with Inosuke being the victor and taking the Slayer’s weapon as a reward. As a result, Inosuke learns more about the Demons and decides to join the final selection and become a  Demon Slayer Corps.

People guess He got his swords from challenging other demon slayers, maybe he got the swords from Breath of Wind users and just invented his Beast Breathing based on that.

This explanation makes sense, because Inosuke likes to imitate other people’s behaviors, proving that he can do it too. After the battle with Tanjiro, he has been trying to train his head to be harder like Tanjiro’s.

Another explanation said this Breathing Style is personally created and self-taught by Inosuke Hashibira after living in the mountains and fighting for survival.

Inosuke is a very skilled and talented guy as he was able to develop his very own breathing style known as Beast Breathing based on his own instincts and upbringing in the mountains by wild boars and passed Final Selection to become a Demon Slayer all without formal training.

Inosuke Hashibira is the creator and only user of beast breathing. Along with his life in the wild, this style has caused Inosuke to develop a unique fighting style.

Most beast breathing forms are ripping and slashing, the moves of beast breath focus more on the ferocity aspect of its origin, as well as utilizing super-sense throughout the body.

And both wind breathing and beast breathing use an enhanced sense of touch in their techniques.

According to the “Water Breathing” used by Tanjiro in the manga, it can be known that the main function of breathing technique is to strengthen the two organs of the body, the heart and the lungs, so as to increase the oxygen intake of the blood in the body, in order to tremendously increase the user’s physical and mental abilities, making swordsman temporarily have physical power equivalent to the demons.

For that reason, there are no “bad” breathing styles, just ones that are better for some than others.

Can a Demon Slayer Use Multiple Breath Styles?

The answer is yes.

The love hashira Mitsuri also learnt flame breathing when training under the flame Hashira, Kyojuro Rengoku. And she creates love breathing by altering the Flame Breathing she learned from Kyojuro Rengoku to suit her needs. It takes advantage of her body’s unique muscle density, which grants her inhuman strength without making her physically bulky, to deliver fast and powerful blows while moving with incredible flexibility and agility.

The Serpent Hashira, Lguro’s first Breathing Technique was Water-Breathing, and his unique skillset, movements and personality resulted in his development of an offshoot Technique that is more suited to his style, Serpent Breathing.

The opposite is true for Tanjiro, in that Sun Breathing suits him much more than Water, which is why his Hinokami Kagura is so much more powerful than his Water Breathing forms.

So a demon slayer can use multiple breath styles but he finally will find out which breathing technique is more suitable to the body and can exert maximum power.

How Many Forms Does Beast Breathing Have?

3th Fang: Devour – Inosuke releases simultaneous horizontal slashes towards the target’s throat to decapitate them. When fighting with weak demons, this is a more useful trick.

5th Fang: Crazy Cutting – Inosuke slices everything in all directions while in mid-air.

7th Fang: Spatial Awareness – Inosuke utilizes their sense of touch to identify the position of enemies and their weaknesses by feeling small disturbances in the air. When fighting the demon spider family, Inosuke can scann the forest to find the spider mom. This spatial awareness means the user of Beast Breathing has a sense of where their enemies are, allowing them to target the enemy.

8th Fang: Explosive Rush – Inosuke charges towards their opponent at blinding speeds while swinging both their swords.

9th Fang: Extending Bendy Slash – Inosuke dislocates the joints of their arm to increase the range of their attack, and then unleashing a fast swinging forward strike.

10th Fang: Whirling Fangs – Inosuke rapidly spins their swords in a circular motion, deflecting enemy attacks such as projectiles. A Fang that came to mind temporarily during the battle with Doma and use to deflect Doma’s icy air attack.

Sudden Throwing Strike – Inosuke throws both of their blades in a spinning motion at an enemy. He used this trick to help Kanao Tsuyuri finally cut off Doma’s head.

Inosuke Backstory, Why Did He Grow Up in the Wild?

Inosuke was thrown from a cliff by his mother in order to save him, and was then raised by a boar. Then, when he was kind of small, a village grandpa taught him to speak.

Inosuke always thought that his mother had abandoned him, but when he entered Infinity Castle and Upper Moon 2 Doma, he learned the truth from Doma.

Doma told him he was born into a family with an abusive father and escaped from his father with his mother.

Afterwards, his mother were taken in by Doma into his Paradise Faith cult. Kotoha loved to sing to Inosuke but would apparently change the song lyrics each time.

However, after finding out that Doma ate his worshippers, Kotoha fled with her son. Running aimlessly for a human village, Kotoha eventually ended up at the top of a cliff.

Seeing no escape route, she made a last-ditch effort to save Inosuke by dropping him into the river below the cliff. She was then devoured by Doma.

Later on, he was discovered by a family of boars and raised as one of them. Knowing nothing else but the wilds, Inosuke took on the characteristics of the boars, even having a boar mask to cover his face. 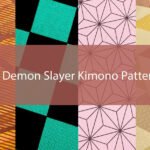 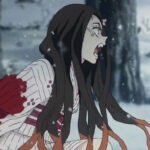 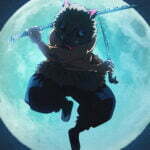 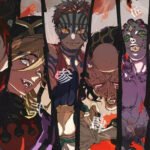